Yesterday afternoon I dropped into Nexus Art Cafe, scene of the Institute's now-defunct Universal Ear Studios complex, where Nexus Al suggested that I cast an eye over our former workspace as he'll be clearing it out at the weekend and doesn't want to chuck anything he shouldn't. Everything seemed to be in order, but I couldn't help noticing the rather excessive approach that had been taken to the removal of our Snuggle Office door sign, as designed by UNIVERSAL EAR 1st AD Rowan. I suppose the end of any snuggle is a wrench. 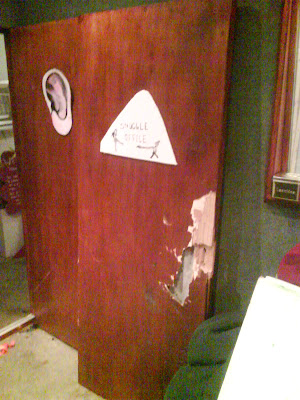 Post-brew, I had a chance street encounter with Girls Of Unfortunate Climes art director Rebecca Manley, whom I'd not seen since she departed the Nexus studio for the bright lights of London, leaving our versatile crew with bits, bobs, and instructions for a full pop-up set & costume design. Manley is looking forward to her forthcoming solo exhibition in Germany, where she is to create a physical representation of the entire internet. The artist and designer, who habitually wears a crinkle-cut Pringle around town, hinted that the work may involve a mirrorball, and I daresay there will be plenty of coloured paper involved too - as we parted ways, however, I realised she had neglected to mention whether her version of the internet would be functional or not. 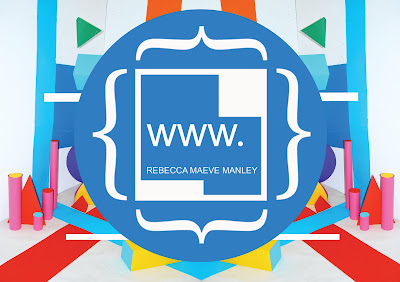