“Whichever way I turned, nothing appeared but danger and difficulty… I had no alternative, but to lie down and perish…

I reflected that no human prudence or foresight could possibly have averted my present sufferings.”
(1795)

"I shall set sail for the east with the fixed resolution to discover the termination of the Niger or perish in the attempt. Though all the Europeans who are with me should die, and though I were myself half dead, I would still persevere, and if I could not succeed in the object of my journey, I would at least die on the Niger."
(1805)

Harley Byrne makes his screen debut in A Flea Orchestra In Your Ear at this weekend’s Abandon Normal Devices festival – where the festival theme is ‘Success’. Given that Byrne’s seemingly impossible mission is to record and make available for download all the world’s music ever, and given that across countless episodes of the UNIVERSAL EAR time travel adventure serial he always gets his track, we at the Institute have put together an 8 point guide to success, Harley-style. A shorts-wearing, trans-dimensional loner he may be, but many of these rules are adaptable to our own lives here, and now, whenever that may be:

1. Never learn. Byrne’s career can be defined in terms of what Debord referred to as ‘cyclical time’ – but what we might think of as ‘sitcom time’. Every episode of UNIVERSAL EAR is a reboot. We have no idea what order the episodes are supposed to be in because there is zero character development. Byrne is good at his job because he does the same thing again and again without getting any big ideas. His unwavering self-confidence is rooted not in a superiority complex, but in his faith in himself as the right cog in the right machine. Envy the man who doesn’t even know how stupid he is. He doesn’t know what he is missing, or that he doesn’t know that he doesn’t know what he’s missing.

2. Never doubt. Life is such a varied and wonderful thing that it is easy to find examples to prove whatever argument you started out with at the beginning. Byrne has an infinite number of cultures to visit before he can complete his mission: if he doubted for a moment the validity of his own perspective, what ‘self’ could he truly expect to represent in the social sphere? A robust personality is like a non-lossy file format. If the you that’s here today, reading this, wants to prevail, you will zip yourself up and change for no-one.

Also, avoid listening too carefully.  People have a lot to say and you’re not going to like much of it.

3. Never mind the paradox. Physics is a pretty subjective affair and you’d be a fool to let it stand in your way. In the great imperialist tradition, Byrne considers his own time and place to be sacrosanct, and to be the definitive watchtower for all human history (and future). It is Manchester, 2012, where the definitive catalogue of all music ever is being created and consecrated. Therefore, if he drops the odd causality wrapper elsewhere, leaves behind the occasional empty tin of paradox, well, people should just be glad he’s graced them with a visit and preserved their music forever – even if, on occasion, they themselves no longer have access to it.

4. Align your modern wants with your primal needs. However sophisticated our personal mission statement might be, we’re all fundamentally in this for the same thing: a good meal, a tussle in the long grass, and perhaps the reciprocated emotional affections of one or more objects of our obsessive fascination. This is the man that kissed Turing after the arrest; played love games with vegetables in ancient Greece; and caressed killbots to ecstasy in the year 2019. As a lone field agent far from home, Byrne draws little distinction between executing a task and R&R. The world is his music studio and he’ll create the right recording conditions by whatever means necessary. Further, he conducts his work with two key sexual principles in mind: that you win someone’s trust by taking off their pants, and that when a woman is rescued, she expects to be kissed. 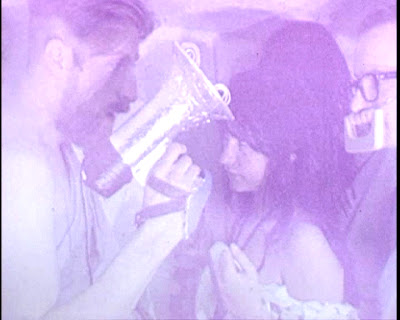 5. Rationalise, don’t compromise. Harley Byrne would never knowingly go home with anything less than a pure recording of the track he’s set out for – captured in perfect conditions and with the appropriate phonic and metaphonic settings.  But he is quite capable, without any sense of cynicism, of reconsidering what it is that he should consider a ‘pure recording’. Such is the malleable beauty of the human mind. As the great thinker Costanza once said, “it’s not a lie if you believe it.”

6. Good manners will only get you so far. Byrne is a gentleman of the old school, but as a time traveller his personal code is not always appropriate to the situation he finds himself in. Thus, a quick analysis of the UNIVERSAL EAR episodes available to us reveals that over and over again, he is forced to scale down his etiquette until he gets results. Why not try applying Byrne’s 3-tier back-up plan next time you have trouble at work or in your personal life? --


Plan A: Ask nicely.
Plan B: Seduce the antagonist.
Plan C: Tie everyone up, get your recording and go home.

7. Abandon normal devices. If you want to achieve something unique, you’re going to need unique tools. Byrne’s shed-built recording device, the Universal Ear, is more than a microphone. The Ear – a kind of gun-shaped sound vagina – can be used to interface with dumb computers, pick locks using complex wave arguments, and has a flashlight function with three different settings. Byrne has even used the warmth of the Ear’s hard drive to fry an egg in order to avoid starving to death. Whilst stuck in a tree. 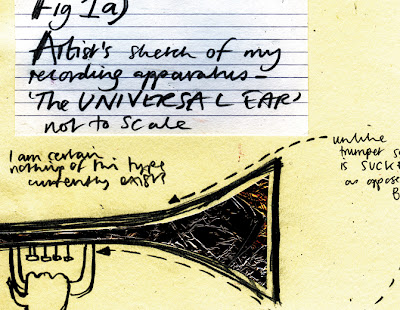 8. What did we achieve today? What went wrong? This one’s not from Byrne but from our production process. At the end of the day at Universal Ear Studios, before the doors are unlocked, everyone sits down and discusses how the day went in the above terms, while panicking about what we’ve left ourselves to achieve the next day. Apologies are shared; excuses spluttered. It is important to always end on a What Went Wrong – because if you’re not going to spend all night staring at the ceiling, dwelling on your failures, how do you ever hope to succeed?

UNIVERSAL EAR: A Flea Orchestra In Your Ear plays at Manchester’s Cornerhouse this Friday at 1pm as part of AND Shorts Programme 1.
Posted by Mr Cole at 14:46 No comments:

Thrills in the hills! Love, tussling and deceit at dizzying altitudes!  The first episode of UNIVERSAL EAR has now been completely (p)reconstructed and will premiere at the 4th Abandon Normal Devices festival in Manchester this Friday.

There’s love, tussling and deceit at dizzying altitudes as heroic ex-postman Harley Byrne travels back in time to 19th century Romania to record the world’s first ever remotely delivered electronic music. While recovering from a dramatic splash-landing, he finds himself falling head-over-heels for his host, the sultry inventress Nola Luna. Is she really all she seems? Will she let him record her electronic ‘Orchitron’? Or will Harley Byrne finally be thwarted in his ongoing mission: to record and make available for download all the world’s music, ever? Find out in... 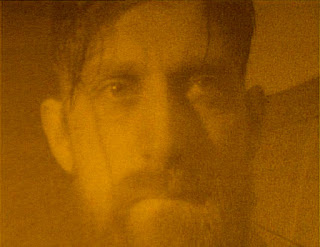 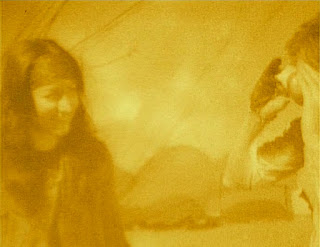 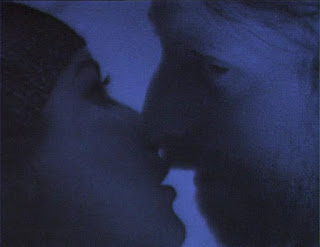 Posted by Armend Morsellino at 16:47 No comments: