The Curse of the Phantom Tympanum in Istanbul and Marseille

With the reopening of venues, a backlog of unfulfilled UNIVERSAL EAR bookings is unleashed.

To be precise, two (2) screenings of the latest episode, The Curse of the Phantom Tympanum, will take place next weekend. One in Istanbul, Turkey, and the other in Marseille, France. 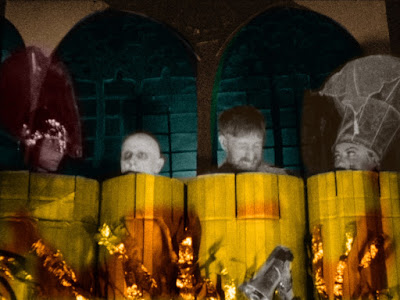 Posted by Armend Morsellino at 15:59 No comments:

Letters from the Ends of the World in Sarajevo

Mr Cole has contributed a cinematic letter from quarantine to a new omnibus feature film from the Bistrik7 collective - and it will premiere as it opens the Sarajevo Film Festival.

Sarajevo is a particularly beloved city to the filmmakers of Bistrik7, as they are united in having graduated as the first generation from Béla Tarr's film.factory in that very city. Mr Cole has also had the pleasure and the privilege of screening It's Nick's Birthday and Amateri at the festival in previous years.

Mr Cole will be in town to present the movie with his colleagues on the opening night.

The film is called Letters from the Ends of the World. 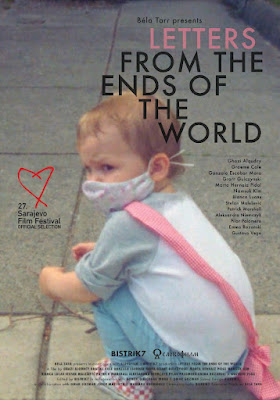 Posted by Armend Morsellino at 11:02 No comments:

The Curse of the Phantom Tympanum in Niš

The most recent UNIVERSAL EAR episode to be resuscitated will breathe again in Niš, Serbia, this weekend. The Curse of the Phantom Tympanum won a hastily-invented audience award at the Kinoskop Festival of Analogue Experimental Film in 2019, and is playing in a special 'best of' reconstruction at a real in-person event some 250km to the north-east of the original screening venue.

Posted by Armend Morsellino at 17:33 No comments: