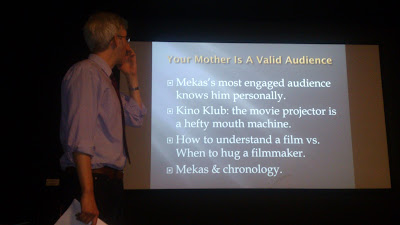 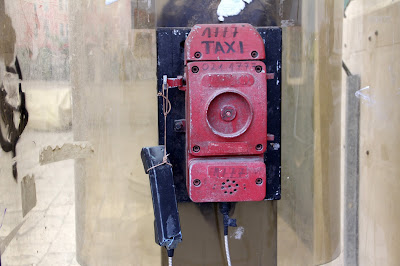 Dazzled by words and light, unable to form the former or comprehend the latter, for now a synthesis of both in the precisely 11,000 as-yet unphotoshopped words below. Logging with words-words is proving somehow unnatural for now. Embiggen for detail. 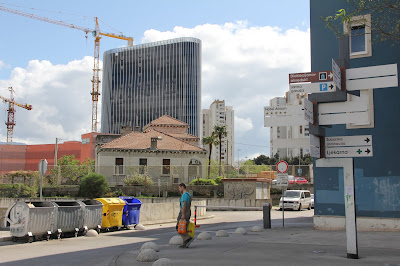 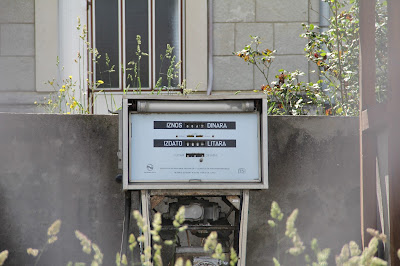 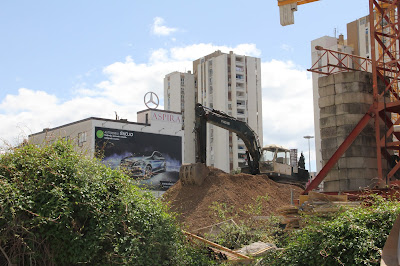 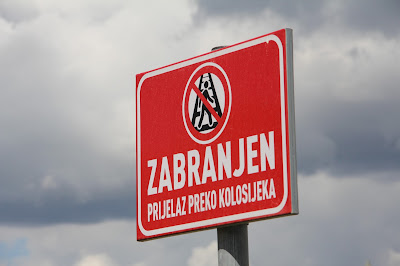 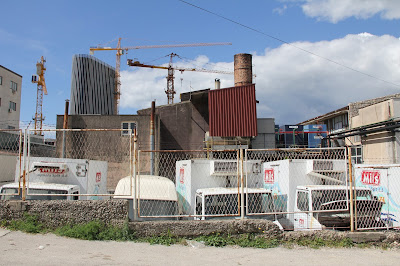 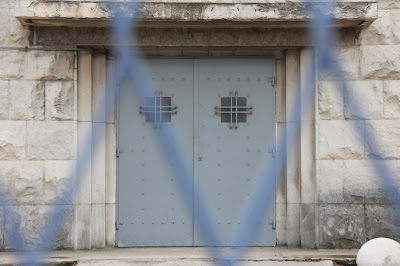 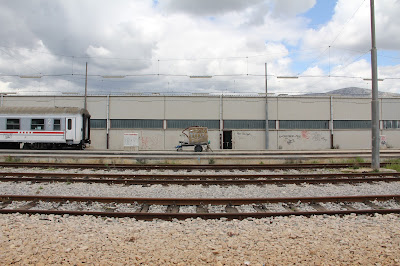 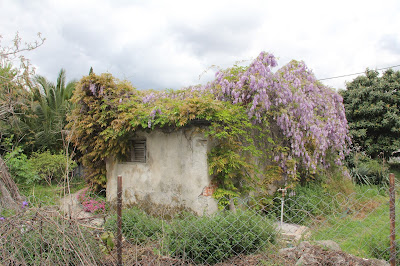 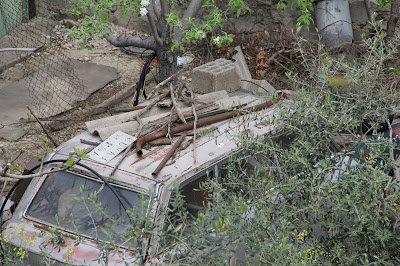 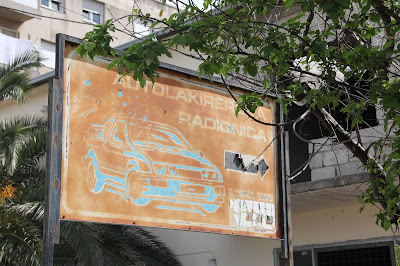 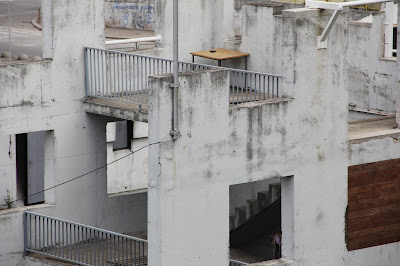 Scouting for locations, feelings, in Omiš. 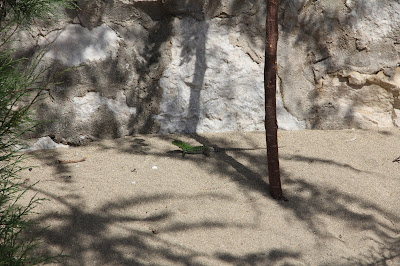 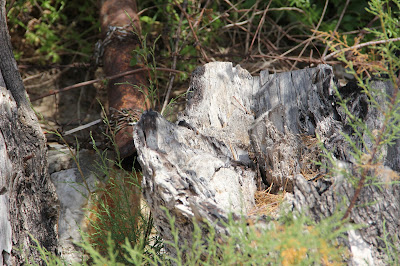 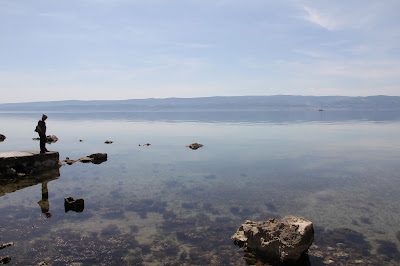 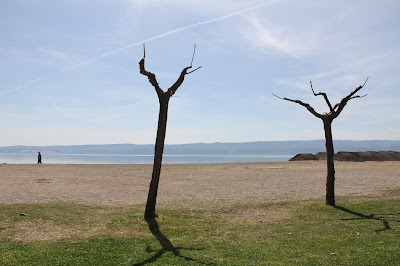 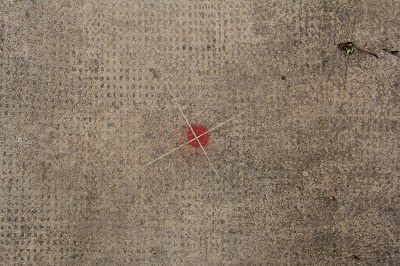 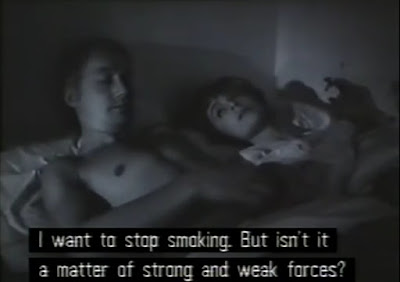 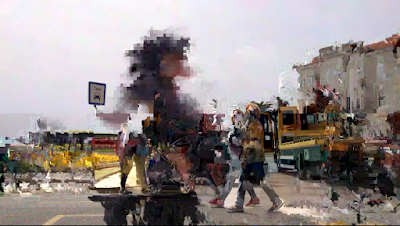 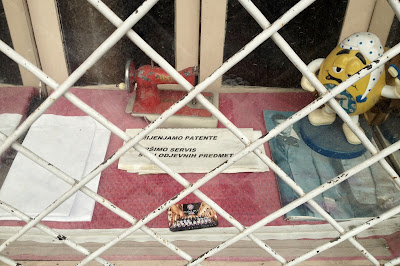 During the residency, Mr, Cole will research the structure and function of the Kino Klub model and use his findings to construct a program of workshops and resources to explore the language of artist’s moving image in the age of the ubiquitous lens. This aspect of the project will be developed into an itinerant absurdist filmmaking academy, hereby known as the Unfound Peoples Videotechnic.

Graeme Cole recently completed his MA in Filmmaking at Béla Tarr’s film.factory in Sarajevo, in neighbouring Bosnia & Herzegovina. He is an independent artist-filmmaker whose films have played at festivals all over the world. Working mainly with Super 8 and other consumer formats, Mr Cole’s films take the language of narrative-based genre movies and infect them with an absurdist sensibility. Meta-narratives and open-source laboratory work expand and re-categorize the parameters of his cardboard and fog universe.

Kino Klub Split was established in 1952 and its activity is recognized in public as one of the original entries in the history of Croatian non-professional, alternative, amateur cinematography. Kino Klub organizes weekly screenings and boasts a classical film school program covering audio-visual media, new media, copyright and amateur film and computer animation. The club cultivates an atmosphere conducive to creative growth, freedom of opinion and expression, and the conditions for free circulation and exchange of ideas and experiences.

For more information on the April 2016 workshops and how to apply, please read on: 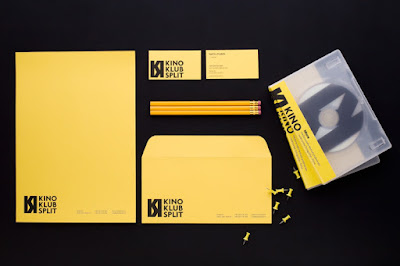 The program is intended to reboot our assumptions and fetishize the tools and (im)possibilities of filmmaking in the context of the historic Kino Klub movement. Each workshop will consist of a lecture, creative exercises, discussion and screening.

Short filmmaking assignments in the form of audio-visual research will be set between workshops and reflected upon in class. The emphasis is on creating with the tools you have available (particularly camera phones and tablets), but Kino Klub will help facilitate filmmakers with other equipment where necessary. These assignments are intended to be completed as ‘homework’, but Mr Cole will be available for support where possible.

At the conclusion of the program, we will hold a presentation in which each participant will screen their work to an invited audience and we will preview Mr Cole’s residency project.

Local filmmakers and visual artists are invited to apply for the workshops, which may be most suitable for those who are just starting out or who have made a couple of films already. Please email a couple of lines explaining your experience and your interest in the program to graeme (at) zoomcitta dot co dot uk and include links to your work if possible. Alternatively, please contact Sunčica at Kino Klub on 0918965860 (Limited to 5 places).

Week 1 – Saturday 9th April
*Mythology of the Self *
There is no autobiography, only automythology.

This module looks at the personal voice of the filmmaker. Taking the genre of ‘essay film’ as a starting point, we will explore how the filmmaker relates to their surroundings and personal history, and how best to transform, disguise, exaggerate and lie about their feelings through art in order to reach more fundamental (and entertaining) truths.

Week 2 – Saturday 16th April
*Rotting the Image*
The odour of a film’s look.

All too often, lazy imagination, cinematography and post-production can result in a visual quality that posits dull or unmediated visuals as code for some kind of yawn-worthy ‘realism’. In this module, we will debate whether or not the moving image exists as an ‘object’ in the age of digital code, whether we should pretend it is anyway, and how it can be decomposed to evoke evocative new so-called realities.

Week 3 – Saturday 23rd April
*Something About Sound Design, Gardening & Mutants*
How to control sound, and how you can never control sound.

Admitting that sound is our enemy can be the first step towards learning to manipulate it against the audience. In this module, we will look at ways of artificially introducing sounds into the environment of our cowering images, and how to use alternative sound structures, associations and textures to infect the minds of unsuspecting ‘viewers’ through their ear-holes.

On weeks 1, 2 and 3 you are invited to join Mr Cole on Sundays to test our theories and collaborate on a new video work.

Posted by Armend Morsellino at 12:28 No comments: