What do we do when our heroes go south? 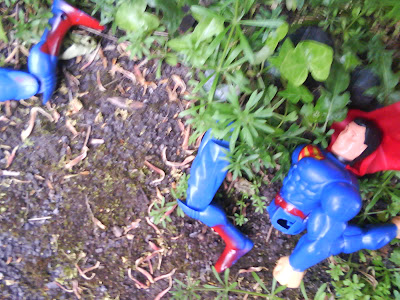 Lockwood has left the (Nexus Art Cafe) building. He is on a Megabus back to London, where he will have to explain to his family:
a) why he pretended the acting gig was at the Royal Exchange;
b) why he did not find a wife;
c) his hair.
He can probably cover all three with the same excuse: "I was playing Harley Byrne playing himself, a former postman of the future, in the remake of a series that hasn't yet been conceived, on a production that hasn't yet been funded, lost in the semi-fictitious characterisation of a quasi-real character, both of whom had awful hair."
The first run of UNIVERSAL EAR wrapped at 5pm yesterday. Just to be absolutely clear:
- UNIVERSAL EAR is a lost adventure serial from the future.
- L'Institute Zoom have, over the past 5 weeks, attempted to prehabilitate three UNIVERSAL EAR episodes in our temporary, open studio at Nexus Art Cafe.
- We don't know what order the original episodes were in.
- We will continue, elsewhere and elsewhen, to prehabilitate UNIVERSAL EAR when the opportunity arises.
- We will remain in exile from our Zoomcitta headquarters for at least another month, in refuge at Nexus Art Cafe.
What happens next at Nexus will be revealed next week.
Thank you for watching. 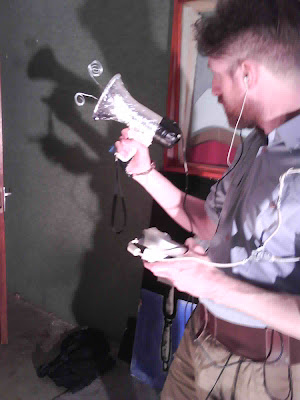