It's Nick's Birthday: a glimpse behind the giant pizza-top finale

*UPDATE: the musical is now available to watch in full on Vimeo.*
April 2007, and the It's Nick's Birthday crew reconvene to shoot the big finale of our DIY musical: a triumph-over-adversity-romance on a giant spinning pizza complete with dancing cigarettes, pineapple chunks and Grim Reaper Olive. 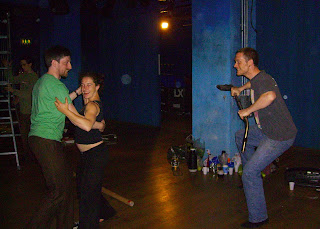 The raw unedited footage in the video above is comprised of a single reel of Kodak Vision Super 8 film and seems to capture the joy, energy and mess of the day. As writer/director I felt a bit lost, as much of the focus of the day went on building the set (in the Studio at Manchester's Royal Exchange Theatre), learning/developing the dance moves (our philosophically inclined choreographer was Fran Higginson, who would later re-join our crew as Physical Welfare Enforcer on the UNIVERSAL EAR project) and getting the technical stuff up and running - chiefly the rear projection. As such it was a brilliant opportunity to master the skill of looking important and busy but not really doing anything - a vital director skill I suspect they don't teach at film school.
The drawings below are art director Louisa Birkin's visions for the costumes. Following a successful festival run, the film will be online in full from March 4th. Please Like our Facebook page for updates. 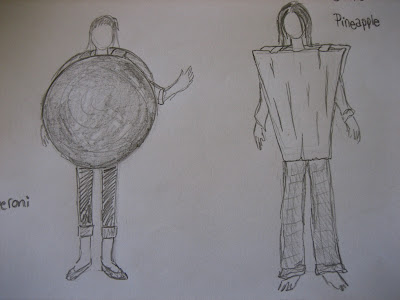 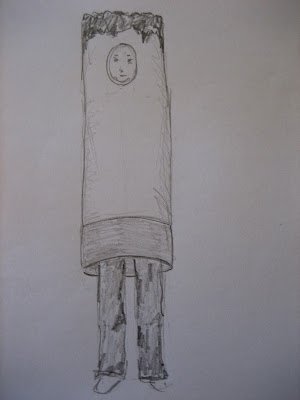 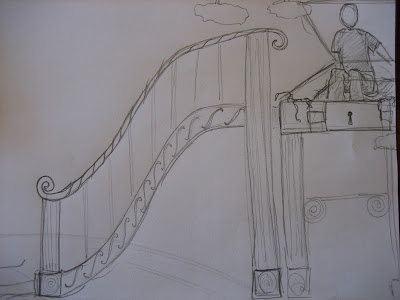 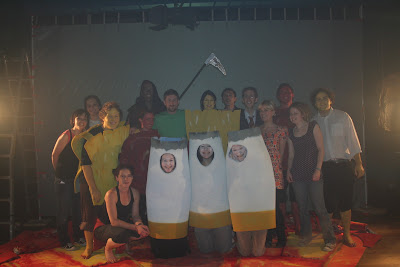