Lockwood and I awake, once more, to the sound of drilling and hammering next door. 8am sharp every morning, our industrious - indeed, industrial - neighbour treats us a complex treat of sensations both sonic and vibrational. I'm able to shake it off though, better rested for having regained custody of "the bed" as we call it - "the bed" being a bed, rather than an arrangement of armchair cushions and folded sleeping bags on "the floor".

I had dreamt of being a child again, moving to a mansion and "Far And Away" style staking my claim to all of the best and biggest rooms (including the basement) before my sister got home. She wasn't happy. Many of my dreams these last weeks have involved me being a child, perhaps because deep down I consider myself to be hideously out of depth leading a reconstruction project off-site from the familiar environs of Zoomcitta. Or perhaps because it's like having a massive toy set. Or just because of Lockwood's liberated, childlike attitude towards bodily functions. 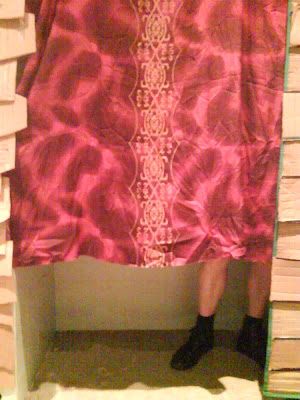 The journey to work involved high speed collisions in both eyes (greenflies), the only levity being provided by the sight of a taxi driver getting roughed up in the middle of the road, presumably for being an inconsiderate road lout. 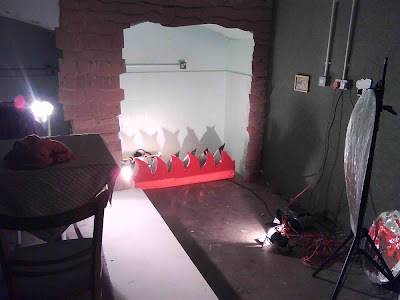 Rather self-satisfied for having set up today's first shot last night, I am rather gutted when the starlet Tuesday Betts points out that this scene requires soaking our hero Harley Byrne (who has just landed in a lake) which means his costume will be out of action for the rest of the day. Instead, we dismantle the set and prepare the "romantic dinner" scenes. My swagger soon returns as I singlehandedly concoct an ingenious lighting set up out of some garden lights (sans stand), two redhead pots (with barely a directional stand between them), a reflector and a tea tray. Lockwood and Betts have done themselves proud setting up the actual location (dinner table in log cabin in front of window with mountainside vista) and refuse to acknowledge my burgeoning cinematographic genius. Fortunately, Nexus gaffer Emily walks in at this point to see what we're up to and I'm able to quite naturally introduce the fact of my genius into general conversation. Emily has just returned from gardening class and, having successfully photosynthesised over 50% of her runner beans in the past three weeks, can also claim to know a thing or two about the taming of raw light: we instantly gain a new mutual respect, or at least I think we do, as there are still big yellow blotches in my eyes and I can only make out her feet. 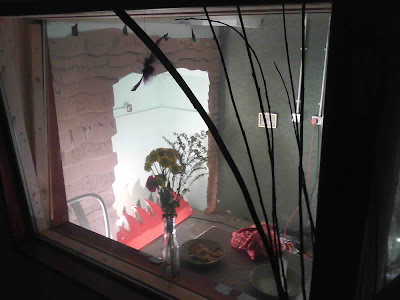 Having achieved all this, our three-person crew breaks for pies, which we take in the Nexus garden: it's barely noon but we're hoping the post-lunch slump will get confused when it turns up at two and finds us all fully digested. We crack through the dinner scenes, then I pretend to go through my script whilst my actors build the outside of the cabin for Byrne's big wet arrival scene (really I am napping). Naturally, having each done the work of a dozen disparate crew members today, we are slowing: but we nail the cabin, whoosh through a self-congratulory analysis session and bid Betts au revoir: she has done all her scenes for this, the first episode of UNIVERSAL EAR. She casually points out that she won't be back for at least a fortnight but, giddy on our success, we overlook this and I make a mental note to develop a simmering resentment at a later date. 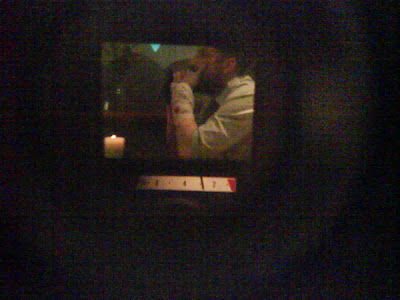