The concept of the plug-in in relation to the work of Nanneman and his contemporaries can be a confusing one, as various filmmakers of that era used the term to refer to different, albeit interrelated, concepts.

Nanneman used the term in asides to refer to third-party components that were incompatible with those provided within his Catalogue, i.e. any that weren’t included in it. Whether his use of the term indicated that he hoped that, some day, developments might allow for third-party components to be plugged-in to his own, or whether it intentionally evoked the negative connotations associated with electrical current since the (then still recent) scares in order to discourage such piggybacking, is not known. The implication in his contemporaries’ references to "Nanneman’s cross-eyed sockets" suggests they believed the former: that the idealist Nanneman wanted his components to be compatible with those built by others, but that however open his source, no-one else could make head or tail of it. (see also Operating System)

Harris Metcalf was, like Nanneman, interested in using the latest technological innovations to maintain a standard quality across his work. For him, a plug-in was a neural augmentation device that could be literally "plugged-in" to an actor’s nervous system to influence his or her technique. Safety issues aside, the main drawback to the Metcalfian plug-in was that the technology was not yet sufficiently advanced that it could actually improve the actor’s performance, but only degrade it to a given setting or crudely accentuate pre-existing attributes. Metcalf told a court:

"It is only by using my reductive plug-in method that you can ensure unity across the performance of your entire cast. In a sense, it is a lowest common denominator approach, as it ensures that no-one performs any better than your worst actor. In certain circumstances you may prefer to use plug-ins to highlight the performance of a key cast member, so that the entire cast is levelled out with a basic performance-quality plug-in, but the hero also runs a charisma augmentation plug-in parallel to this. Or, if a certain subsection of your cast are representing characters with non-British accents, they might use a common application to ensure their accents are no worse or better than each other, whist running the same core acting-method plug-in as those playing the British. It is a question of performance resolution: it is no good one actor being clear and another all grainy."

The notoriously fickle Nola Luna IV, whose technique during her brief digital period was to video each actor separately and then digitally composite the performances in post-production, used the term to refer to the removal and replacement of entire screen elements long after a film had been finished and had its first release: "By the time it comes to re-release a movie, the main actor may have lost his or her public appeal, through an unfortunate child abuse case or the disfigurement that comes with a bio-chemical assault, for example. When your actors weren’t actually interacting with each other or any of the digital props, sets or noises, how easy now to simply unplug the unwelcome actor from the original edit and clip on today’s hot thing. The same can be done with props and locations, for example a stick of carrot or memory can replace a cigarette, or a lovely garden replace an urban site that has since tactlessly associated itself with some terrorist atrocity or architectural hiccup." 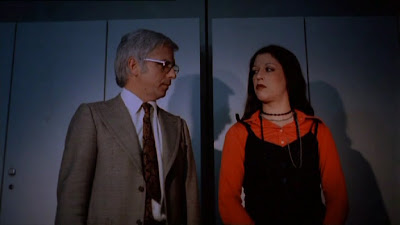