A somewhat teleological contraption utilising a highly reactive film stock concocted by Nanneman while he waited for the Council to redeploy him following the crossing patrol debacle. The frames of a film are lined up face to face in a dissolutionary cinematograph, rather than end to end. The first thing the audience sees projected is a complete picture: the image simplifies as the frames disintegrate sequentially on contact with air, often telling a story in reverse. Movement, whatever the narrative trajectory, becomes synonymous with decay. In the cleverest compositions, visual elements from the final frames show through the preceding frames, playing different parts throughout as they are juxtaposed with shorter-lived visual matter, before themselves being fully revealed and dissolving.

Synchronising any meaningful sound with such films proved impossible; however, Nanneman mentions in the Catalogue how he encouraged Hanni (with whom he was not yet romantically involved) to incorporate the ambient sounds of the kitchen and the street beyond into her appreciation of each unique screening, and paraphrases her response that this approach to soundtrack "made a crushing sort of sense". They would be married before the year was out. He did not pursue the project after he was reassigned to the Town Hall; he did not save any of his dissolving films for posterity; it has never been comprehensively proven whether or not Nanneman’s invention was ‘intentional’ or the fluke result of a period of intensive pottering. 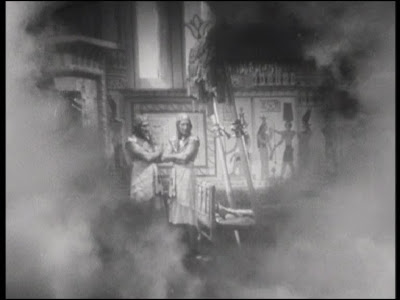