As an idealistic young civil servant, years before the inception of the Catalogue project, Nanneman’s efforts to understand the city of Manchester were frequently outrun by his desire to influence and improve it. Nanneman’s idea for an upturned and sunken city, a metropolis in which the windows of the buildings would lay on the earth’s surface and simultaneously reflect and take energy from the sun, and into the 'back' of which - towards the earth’s core - we would hurry in our harnessed boots in times of climatic or environmental distress, and the right-angled window-roofs of which would form, as we lay upright to sleep, a nocturnal study area for hairdressers and statisticians, may well have been inspired by the bizarre perspectives he experienced during al fresco trapeze sessions. Critics have scoffed that Nanneman would have considered himself, in such a world, a kind of perpendicular god. But such a poke at Nanneman’s architectural earnestness overlooks the importance of his early cityscape sketches to our understanding of Nanneman the man, and to his later work on the Catalogue. Working along the corridor from Manchester’s cliquish city planning department, Nanneman must have known even as he drew that his basement city would never be built: that it would exist only, but not merely, as an imaginary city, perhaps to be wandered by those trapped meanwhile in the penthouses of his own memory and who were deprived, like the sideways city, of physical manifestation. However, the city’s flatness, its submersion, the topsy-turvy topography itself drawn from the dizzying isolation of thousands of hours of trapeze work, would later be transformed into the flat worlds of his redestructivish cinema vision - in the demotion of the third dimension, in the essential separateness of parallel planes, in the partial re-angling of obsolete artefacts to serve new purposes, and in the overwhelming redestructivish tendency to turn in on itself: Nanneman’s city was, at heart, an impulse to release a fleet of steel- and glass-churning ploughs across the cityscapes that he’d always found emotionally inhospitable, and neaten up whatever remained.

It was perhaps in deference to his early urbanist ambitions that Nanneman did not later transform this - his most ambitious - cityscape blueprint into a useable redestructivish Background, instead appending digital fascias to Hanni’s comprehensive videography of Manchester’s outer surfaces, the nature of which can only now be appreciated through the surviving labels - City With Swellings, Tropical Metropolis, Anonymous City, Wooden Town, and so on. Or perhaps the superficiality of these urban visions, in contrast to the complex, warped optimism of his early sketches, reflected Nanneman’s realisation that it would take a force greater than the will of a provincial civil servant to realign the character of a city whose flesh, no matter how smartly swathed in the attire of a communication age it played no small part in creating, remained stubbornly ingrained with the soot of industrial-economic subservience. 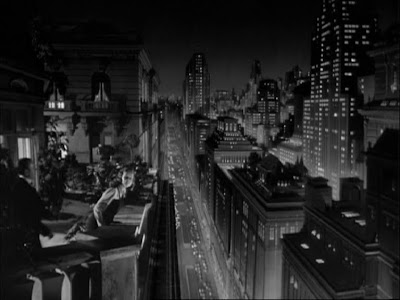