Nanneman issued Hanni and himself "contracts" for the creation of each redestructivish component: these contracts might otherwise be described as briefs, designs or scripts, but Nanneman’s preferred term (apparently arrived at without much in the way of forethought) indicates his ongoing need for discipline, and quite possibly an unconscious desire to add a sense of legitimacy to the pursuance of a project which had, after lengthy discussions both formal and otherwise, been vetoed by his superiors at the city council, and which Hanni and he were pressing ahead with anyway using city resources and apparently in a spirit of blinkered ignorance rather than insurrectionary defiance.

These contracts ran into the tens and possibly hundreds of thousands, ranging from single-word exhortations to individual sentences, statements and questions, scientific diagrams, abstract doodles, 3D structures made from paper clips and/or plasticine and often posed as questions, excerpts, cuttings, recorded conversations (with or without Hanni), knowing looks, mutual assumptions, the physical manipulation of Hanni’s and/or his own body, but - strangely - no collage, and each in the tone of absolute seriousness that characterized at least the public face of the Nannemans’ marriage. 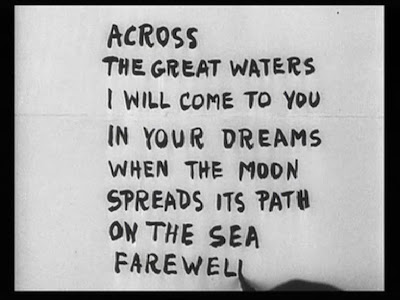