The revolution isn't finished - it's at home watching TV

The revolution in Manchester lasted barely three days, but it gripped the nation’s undernourished imagination and laid the groundwork for a new utopia founded on tolerance, economic equality and cha-cha-cha. I was there - or nearby - and this is my testimony.

Manchester erupts in a frenzy of erotic wanting and violent taking as the disaffected, the dispossessed and the dizzy plunder city centre shops of plasma TVs, training shoes and ‘high-end’ gadgets. Listening in on the wireless, I experience a sense of liberation at the thought of the ordinary, ordered folk of Britain turning on their heels and telling the powers that be: "you say it’s like that, but we say it’s like this." I am particularly inspired by a live report on looting at the Argos, where enterprising rioters have instinctively split into four teams and are working together to obtain the objects of their desire, one team filling in the little order forms, a second processing them, a third team fetching the loot from the storeroom and the final team operating the collections desk. Of course, no money changes hands, but several of the youths involved find the work so enjoyable that they naively leave their CVs behind upon leaving. Before the night is out, they will be arrested, tried and jailed.

Switching off the radio to instead mentally map the chaos by the direction of passing sirens, my mind starts to wander: those first few successful revolutionaries will already be home by now, wiring up their plasma TVs. But is there ever anything on? And besides, aren’t these front room monoliths in fact the inherently exploitative cornerstones of the very capitalist pseudo-democracy we’re up in arms against, pumping out constant reminders of what else we don’t have and why the system to perhaps, eventually, get it all, works? Destroying our environment and our hard work as they break down at a time pre-allotted according to the standard practice of planned obsolescence? And the warrantee isn’t even valid when you stole the telly in the first place.

These thoughts prey on my mind, and it is while I am cooking my tea that I decide to become a revolutionary leader. Seeking encouragement, I text my mum (neither of us has a Blackberry):

This is me: Viva la revolución!

All night I dream of shooting men in top hats, garrotting bankers with the strings of their own squash rackets and laughing freely but seriously in forest idylls with lank-haired revolutionettes. When one’s very dreams are shaped by the presumption and disinformation of the media one should not sleep in. I rise early and head into town to confront and inspire my people, but most of the other revolutionaries rise late, no doubt tired by a night of rioting and phone-in Bingo on the wide-screen.

An early blow is dealt to the revolution when David Cameron appears on TV to calm the nation and disparage the rioters. Several revolutionaries, seeing our glorious P.M. in high definition for the first time, immediately repent and break back into the very shops they’d previously looted in order to return their plasma TVs and ‘high-end’ gadgets. They are quickly arrested, tried and jailed.

I identify a small band of revolutionaries in Piccadilly Gardens and make myself known to them. I have deliberately not shaved so as to be taken seriously. Robbing the tools of our own oppression, I tell them, has to stop. By stealing such status symbols, we highlight the arbitrary retail value of the desired items and so reinforce our own economic subservience. One of the revolutionaries starts crying and his sister takes him home. I am pleased my words have had an impact but disconcerted when I see a ‘fed’ who has been listening in gives me a nod of approval.

I break for lunch, gazing around the shopping centre at capitalism’s last stand as the red burrito juice of revolt drips down my chin and onto my overcoat.

Despite the electric atmosphere of a town where everyone’s waiting for the punchline, the insurgency fails to materialise. The word on the jealously guarded screens of our communication devices is that it’s "too rainy" and that many of the revolutionaries would prefer to stay in with their new plasma TVs. There are some skirmishes around 10pm when they pop out to loot some snacks but all in all it is a quiet day for the revolution.

Like many of those who returned empty-handed from the previous night’s riots, I start to wonder if maybe I waited too long to move and somebody else got all the best ideology. 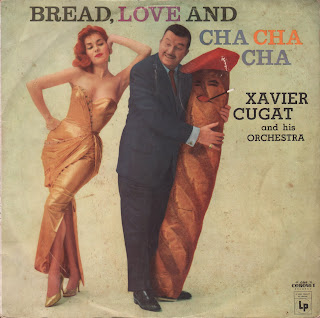 I rise late having stayed up trying to subvert all manifestations of the mass media as found in my digs. I short-circuited my radio in the sink (partly by accident) but had less success with my record collection. You can’t detourn Cugat - he’s just too good.

The last of the sirens fades into the distance. The morning is spent drawing up plans for the new world order, although to be honest my heart is no longer in it. Most ideas are either self-defeating or too long-term to really get excited about. I settle on the following four-step revolution:

1. Wait for new model of plasma TV to come out. Mobilise comrades by exploiting their desires.

4. Some kind of lengthy mass indoctrination process for revs and counter-revs alike. Elimination of mutual suspicion, one-upmanship, fetishisation of luxury goods, bourgeois post-industrial concepts of "quality", and television gameshows; and the propagation of mutual respect and empathy, selflessness, slowing down a bit, art as leisure, leisure as art, robot slaves and Cugat.

As I now have no means of following the aftermath of the first, failed revolution, I pop over to the paper shop to buy an MEN. The shopkeeper is in good spirits, boasting about the deterrent power of our "vigilant community": I tell him that "one man’s vigilant community is another man’s vigilante community" but he doesn’t seem to appreciate the nuance and I pick up a TVTimes to change the subject.

The MEN predictably tows the counter-rev line, mocking the revolutionaries for not fully understanding the nature of their own misery and condemning them for rioting in a confusing and ungentlemanly fashion. I mention this to a neighbour as she wheels in her recycling bins, and she sagely replies, "let he who has never lashed out irrationally due to a lifelong build-up of undefined frustration cast the first stone." She is immediately arrested, tried and jailed for incitement to riot. (In other news, privileged NatWest customers are invited to buy a £12 ticket to a promotional screening of the latest Anne Hathaway flick at Heaton Park. It is not clear where the big screen came from. Bring a picnic. Bring your friends.)