An entry in the Glossary project
As a young trapezist, not only was Nanneman's training restricted to the technical matters of physical fitness, aerialist technique and rope drill, but even his leisure time was policed against his pursuing any interest in the frills of his trade: music, costume, colour. Naturally, being forbidden from involving himself in what his superiors termed the "realm of the frivolous" only made those glimpses he caught of it more exotic, more unsettling - and more dangerous: music came to hold secret, incendiary meanings, and the unpredictable modulation of shirt colour in the audience, from performance to performance and even moment to moment, was fully capable of disorienting him as he swung, should he ever have let his concentration lapse (that he never dropped might be considered a fluke of disposition).

Years later, then, when he began to compile his standardized filmmaking kit, he had at least two good reasons for creating a reductive colour system - specifically, categorized palettes of up to 256 colours with the facility to utilise only one such set per individual movie: firstly, that the complexity of the colour aspect of his filmmaking system should not exceed his own limited understanding of that domain; and secondly, that it was his goal to facilitate the making of "reassuring" films, and only by control, by unity of colour, could he preclude the unbalancing effect he assumed that audiences had continued to suffer across what he considered to be the largely undisciplined history of the colour movie.

Perhaps it is this perceived autonomy of colour, then, its wildness-in-need-of-taming, that inspired Nanneman to term his city-wide colour sampling expeditions "Colour Hunts". Certainly there is evidence that these spontaneous adventures tended to be embarked upon during periods of professional stress and frustration - that the sheer thrill of unearthing and capturing a feral hue was accompanied by a sense of regained control proportionate to the borderline chromatophobia of Nanneman's aerialist youth. A comment scribbled on the back of the only known photograph (now lost) of such a hunt even suggests that the catharsis and primal satisfaction ("flush!") that came with the successful capture of a desired hue was entirely justified even if that hue was not in motion: whilst capturing a moving colour might seem the greater sport, the hunter himself is always in motion (in an ocular sense at the very least) and, in an uncontrolled environment, the movement of light provides an irregular and unpredictable ("fiendish") dynamic camouflage for a static ("cowering") hue. No colour comes cheap.

Although he did take others on the hunts (including Hanni, and the occasional jobseeker who wandered into the lab having taken the wrong direction on their way to the Town Hall's temporary JSA bureau), it was Nanneman who bagged the great majority of the 16,384 colours that eventually formed the full redestructivish palette. It is not known whether his decision to name and provide full back-stories for each shade was motivated by a desire to honour his fallen quarry or was rooted in aesthetic concerns. Neither is it known whether his decision to outsource most of this written work to others is an example of his personal predilection (through conditioning?) for practical work or an unwillingness to stare any longer than was absolutely necessary into the soul of any individual colour. 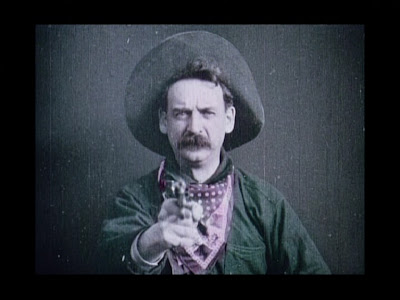