After a fairly nondescript couple of days (hence they have not been described in these pages) of hammering away at the script and malingering around our Bourges digs recovering from Monday night's accident, Thursday begins with a little light leg treatment before we join Robin-Tyrek in the Bandits-Mages van for a trip to the shops.

We try to upcycle and recycle as much as possible at Universal Ear Studios, partly out of the belief that it makes little sense to ransack the planet in the name of modulating the soul, but mostly out of adherence to the quasi-mythical cineaste and TVaste Francis Dove's aesthetic school of 'clunkyism'. Of course, we need some things to stick these old bits of junk (and cardboard) together, so we start at Brico Dépôt for masking tape and paint brushes. On the way out, we are shocked to see La Dépôt stocks a range of doors that are both named and styled after the fourteen members of arch-villain Being's girl gang in one of the many unfound UNIVERSAL EAR spin-off series. It's surely a work we should look at in closer detail in the near future.

Outside, however, the sky mocks our efforts with row upon row of perfect cartoon clouds and a pink castle that's clearly been made with the cardboard from a giant toilet roll. It is surely time for a classic French 2-hour dejeuner. 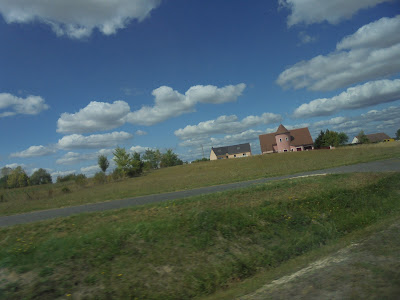 We lunch on gourmet fast-food burgers and dreadful coffee amongst the concrete gardens of Bourge's inhuman industrial suburb (which we should actually make a point of boycotting since it's killing the city). Robin-Tyrek fills in some gaps in my knowledge of the local history, particularly the subcategories of fire and pastry, and suggests that the 'ass' of the cathedral that was pointed out to us the other day is just one of many profane flourishes to be found around the building, reasoning that the cathedral took so long to build that the workers just got bored and started freestyling. Now that's what I call heritage!

Next we make the journey to an Emmaüs du Cher outlet packed with dusty, half-broken, once-beautiful things-de-house, from tasteless oversized and completely desirable furnitures to stinking books and haunted ornaments. The counter-intuitive, hand-crafted, and in many cases vernacular nature of these objects is a testament in miniature to a time before the helicopters came to drop Brico Dépôt-sized architectural onesies packed with affordable, car boot-friendly goods across the west's under-exploited sub-suburbs. As we prepare to leap into a project that can't help but highlight the absurdity of the things we label and treat as heritage objects and locations, it sort of makes one want to scrape the filth off those wretched, beautiful former possessions of wretched, beautiful former people and reanimate the DNA in a corrugated-iron warehouse theme park of the bad taste and good times of the city's countless golden ages. 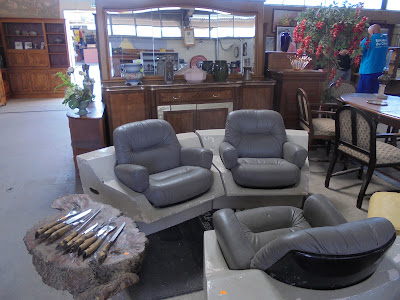 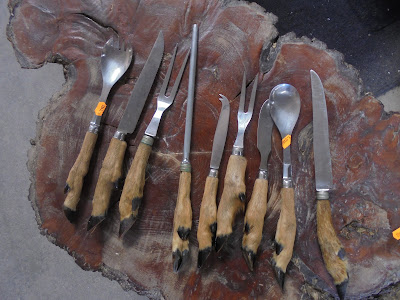 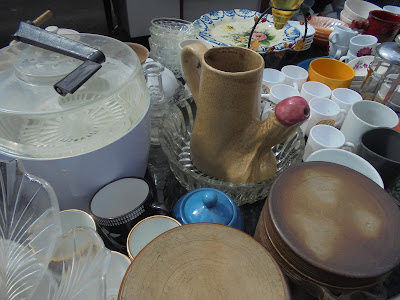 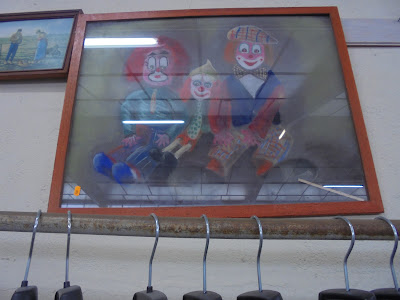 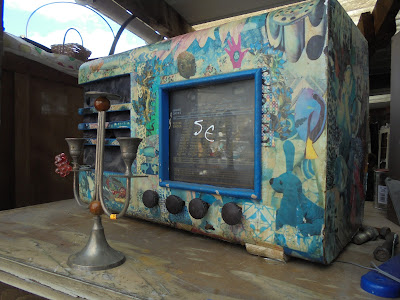 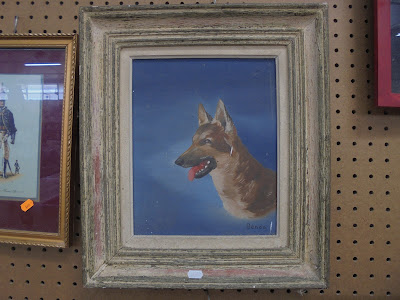 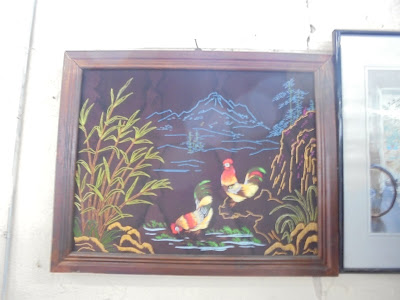 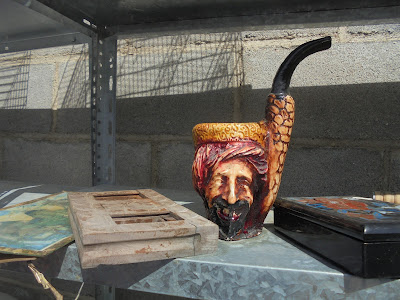