Yesterday, that is. A day of meetings - the final one, with DESTINY!

In the A.M., Niemczyk and I finally read the screenplay for Tympanum from cover to cover, making a preliminary pass to sketch out some possibilities (categorising what is possible to shoot, given the prevailing laws of light, and what is otherwise) and removing not the impossible parts, but the unessential (which always seems a shame).

We’ve seen the movie now. It’s too long and it destroyed its creators. (But more on that later). 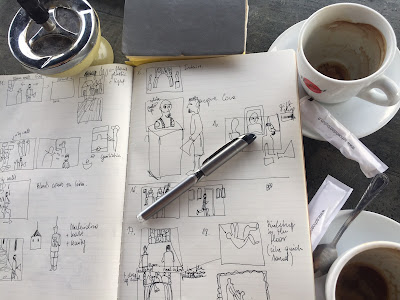 A lunch meeting is held with Robin-Tyrek, assistant director and more, who promises she has “a lead on some cardboard”. Regular viewers will know how important this is. We pitch the movie to/at her, starting with the whole UNIVERSAL EAR concept and leading to the polyauthentic reveries of the new episode; Robin-Tyrek’s expression seems to suggest flabbergastery at the childishishness of our endeavour, but she clarifies that she is flabbergasted merely at the scale of what we must achieve.

The lunch team moves onto the Bandits-Mages HQ, where the first disaster is to happen. Niemczyk and I are pleased to catch up with Boris Lehman, who is in town on archiving business - not least archiving the faces of all whom he meets with the little handy snapper that hangs from his neck; but when I step back to pose with him for Niemczyk, I manage to put my foot through the floor of the Bandits-Mages production office. The scar will prove to be a cruel pre-parody of things to come. 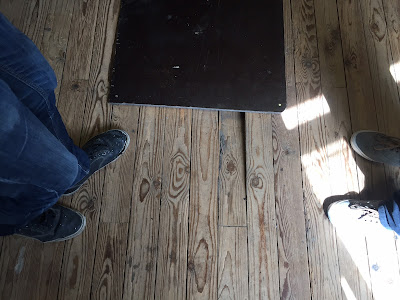 Next, we scour the B-M shed with Quentin Aurat, trying to tick as many pieces of equipment and junk as possible from our need-list, but mostly adding newly-spotted items to our want-list. Outside, where the land that Bandits-Mages share with the neighbouring Emmetrop organisation is being re-configured into office, performance, and garden space, Niemczyk narrowly avoids being decapitated by an industrial digger. 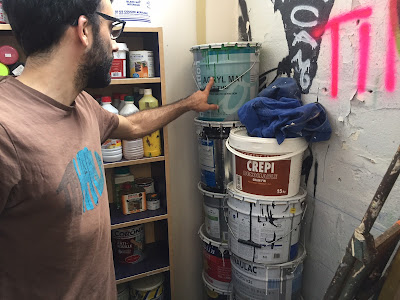 The evening, and a group dinner chez B-M chief Isabelle Carlier in her divine water-mill conversion home. Lehman gives us a slide show of a workshop he attended last year, and a secret preview of a new movie on which he collaborated with a mutual friend; I make an excruciating screening of It’s Nick’s Birthday, the problems with this movie - shot a decade ago - only illuminating (undesirable) flaws in the new project; and Niemczyk shows her painterly Gjemsel to the acclaim of a plum tart-devouring audience.

A peaceful ride home through the quiet suburban roads of Bourges is punctuated by the slamming of a spinning pedal into the back of my right calf on our arrival. Indoors, while reading about the impending nuclear war, I notice blood dripping down my leg, but think not too much of it until I roll up my trousers to discover a pinky-sized lump missing from the flesh. In all likelihood, rival filmmakers have tampered with the pedal of my Bandits-Mages-issue bike.

It’s not a wound that’s going to heal itself without polyfilla, so we call a taxi to the hospital - on the far side of town - where a three-hour wait gives us a chance to put the wound, the creative crisis and the nuclear apocalypse into perspective. Five artfully applied stitches later, the taxi operator recognises my foreign tones and orders us the reverse taxi back home. If only script-doctoring were so painless. 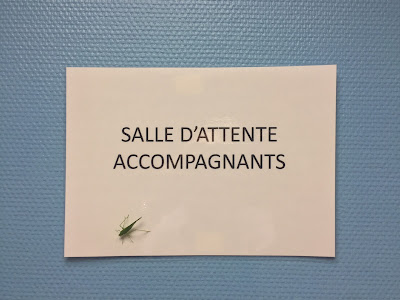