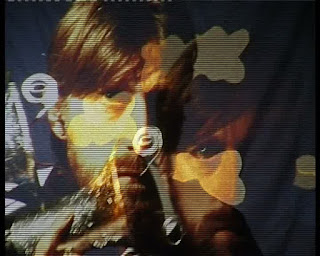 The duo arrived in Bourges two weeks ago to begin preparations for a new episode of UNIVERSAL EAR, an unfound time-travel adventure serial of the future. The new episode is titled The Curse of the Phantom Tympanum, and takes place in a future Bourges in which the concrete present overlaps with 3D, holographic and augmented reality meta-levels populated by looping historical monuments wandering impossible virtual heritage spaces.

Today, the team will take to the studio at ENSA (Ecole Nationale Supérieure d'Art Bourges) to begin a period of intensive construction and experimentation ahead of the shoot, which is intended to take place during the final week of September. An artist’s book and supporting videos and digital materials will also be produced, with the work intended to be exhibited in 2018.

Posted by Armend Morsellino at 10:20