Another day of heavy scheduling (thankfully Robin-Tyrek - who, along with Niemczyk, is keeping this daft boat afloat with her/their renaissance-girl adaptability - has taken over this task, it being her 'specialism'), video tests with actors, and trying to rebuild the city in miniature ahead of Saturday's tournage.
Four more actors on set for costume-fittings and video tests finally convince me that we may have something here, if only we can catch their wondrousness on film (it seems to work on video). The progressive nature of the shoot, we learn, will also be augmented by the use of a live vaper on set to behave as a human smoke machine, where Panic & Disgust's cigarette-smoking (Bosnian) smoke machine now seems passé and somehow politically incorrect. 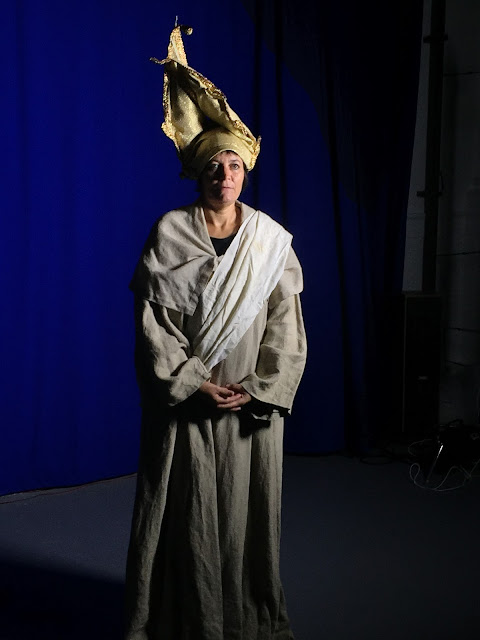 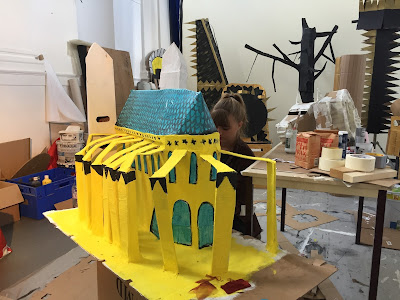