We spend the day in the house that Jacques built - the Palais Jacques Coeur, which France's richest man commissioned and had erected just in time for a brief tour before he was trialled and exiled. Well, the real thing doesn't have much colour these days, but Niemczyk and team's replica is bright and warm - it's only a shame it too will be drained by the black and white film stock.
Still, it's a pleasure to shoot shot after shot against more or less the same background, with just small re-arrangements to place us further along a corridor, or more intensely menaced by quite-possibly-sentient statues (and stained glass window). By the end of the day, my brain is spinning and I struggle to string a sentence together - perhaps the underlying structure of the building, or the pattern of the wallpaper, is indeed cursed, with the curse to be replicated wherever those structures are re-composed. 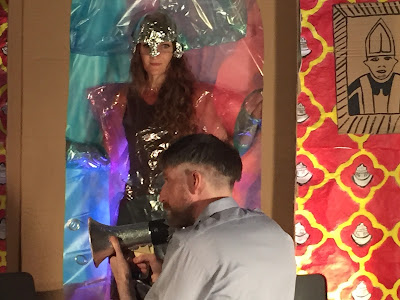 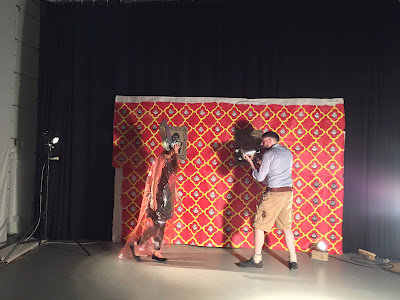 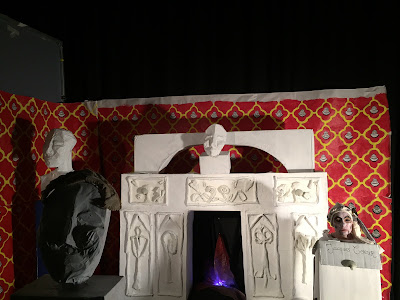