Bourges is known for its tendency to erupt into flames: today we replicate one of the many times the cathedral has blazed, as hero Harley Byrne is tempted into a cross-element empathy experience by the mysterious Mrs Jacques Coeur. The sequence requires no small amount of desk fan breeze, tin foil flames and slinky dancing, except for the poor old character of Saint Ursinus, a statue, who has been played with uncomplaining stoicism all week by local performer Felipe, forbidden to speak or move any part of his body except his eyes. The good humour and friendliness Felipe has shown on set is the absolute inverse of the look in his eyes when the camera rolls. The power of constraints! 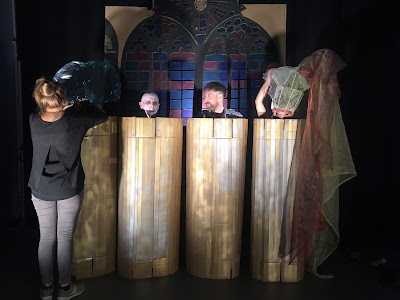 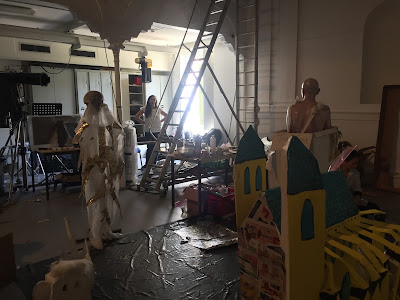 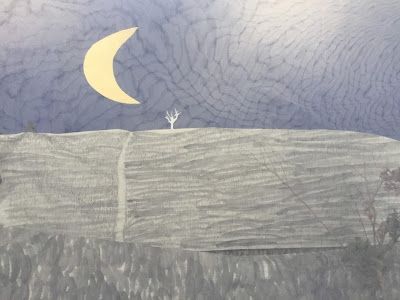