This morning: trying to film an intrigue and adventure sequence in a featureless white room, the inverse space of the cursed tympanum. It proves a mindboggler to orient the characters from shot to shot as the camera angle changes. Where the heck did the 180-degree line just go?

In the spirit of the creators of the Bourges Cathedral, we decide to add 'just a little bit more' and recall our One-horned-gazelle and Monkey cherubs to perch in the studio's ready-made tympanums. They wind up playing a key role in the resolution of the confrontation scenario, if the performers - art department interns Decerle and Delevacq - are at first a little disappointed to neutralize the scene's villain with a hug rather than karate chops. Anyway, they help the rest of us find our way around the scene. 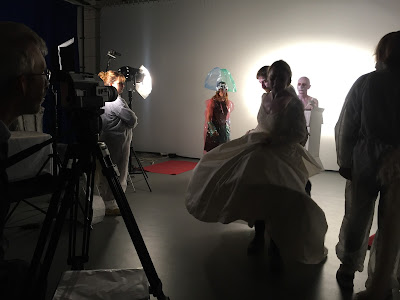 The afternoon is mostly pick-ups with the two Ursinai, shots that we missed on our madcap Saturday opener. Things run relatively smoothly. As we point out more than once today, another six months of this and the team'll be functioning like clockwork. 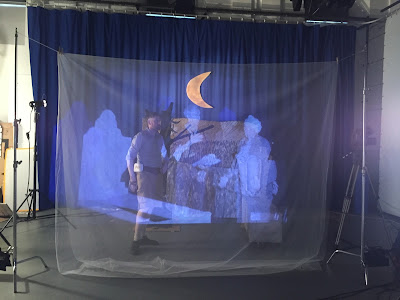 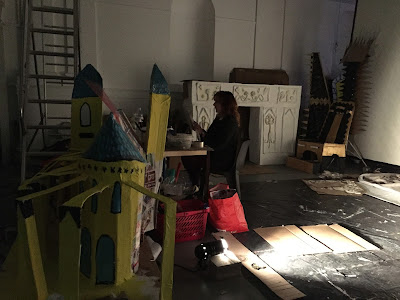 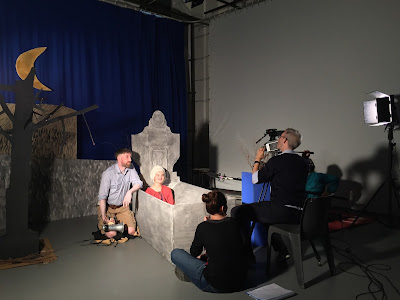